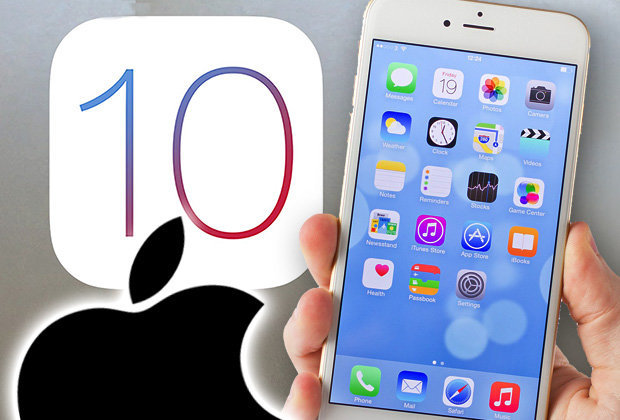 Apple’s new operating system iOS 10 has just hit the phones worldwide. It’s a complete refurbishment for the iPhones, that too for free.

Let’s uncover the favorites, the hidden features along with the new additions and enhancements.

This shall be the first thing you notice, and is probably the most substantial change to your mobile routine. The ‘slide-to-unlock’ screen is now replaced by ‘press home to unlock’. This new action feels a little stroppy at first, but we’ll surely get used to the change.

Similar to Apple Watch, your iOS device will now wake up when lifted. This action, known as Raise to Wake, allows you to see all the notifications right away. However, unlike Apple Watch, it doesn't wake up with a simple tap.

Notifications have got much richer (and much bigger). Now, when notifications pop up on your locked screen, you can press long or hard to interact with them, and if the apps are appropriately made for iOS 10, you will even be able to see a small version of them on a tap.

The Messages app is the best app to try this out at the moment but the same integration shall be coming to most of the apps soon, so you will get a proper chance to try them all out in a little while.

3) Changes to the iMessages

Though not all the updates are available right now, iOS 10 has refurbished the whole of iMessages. You can now send messages in your own handwriting by tapping onto the new pen button at the bottom right of the keyboard, which brings up a touch pad where you can write with your finger.

When sending pictures through Messages, tapping on the picture button brings up the editing tools and a Markup feature that can be used to draw or add text on the images and documents directly in the messages app. There is also a built-in camera tool for snapping an image without leaving the app.

Receiving up to 3 emojis will now be displayed in a bigger size. Fourth or more than four will continue to be the standard emoji. The fun feature is the new emoji prediction feature in the keyboard. While typing, you will get emoji suggestions alongside the words, and if you type a sentence and then switch to the emoji keyboards, all the words in your sentence (the ones that can be replaced) will be highlighted. Tapping on them turns them into an emoji.

A minor yet wished for feature has been added: Individual Read Receipts. It allows you to set read receipts on individual basis, turning them on for some and off for others.

The Photos app has become smarter now. It uses artificial intelligence to search for the things you want to find. So now, when you search for car, the app will show all the pictures of/ with cars that you photographed. Tell Photos about the names of your friends and it will fetch you a special automatic memories of the days you spent together.

You can try all these by heading into the Photos app. Initially, it might be something less than what you expected but that’s because there are calculations that need to be done to your phone; they will be done overnight automatically on the first day you plug it in.

IOS 10 has allowed other apps have Siri talk to them, and then talk back. For instance, you ask for a ride to some place, and Siri will ask Uber for a cab.

Applications for this are already under construction, but you can try it out in apps like Uber from the beginning itself.

This might not be the thing that you would want to try out immediately but is the sort of thing that will gradually improve your life, slowly and quietly.

For instance, if someone asks you for your email ID, it will automatically pop up in the suggestions box. No typing and you will be able to send a message right away.

Apple’s provocative Maps have improved hugely and perhaps are the biggest renovation in iOS 10. The design is quite different, and so are the new features.

It now gives you the opportunity to change your routes as you move along, and to zoom in and out while your journey is on. And it will let you schedule stop-offs, finding petrol or coffee while you are on your journey.

However, the biggest change is how you find where you are going. Using the search bar at the bottom, you get a range of suggestions including the things pulled out of your mail and other apps, which the phone thinks that you are likely to be heading to.

When Apple Music was introduced last year, it was exciting and interesting but also a little confusing. Luckily, it has been now been scraped and replaced with an easy to use design.

The different confusing sections ‘New’ and ‘Connect’ are now gone, with their features being folded into other parts of the app. In its place, has come an updated app that is slightly less packed with information, but is far more organized.

There has never been something so heartfelt: You can finally delete the stock apps from your home screen.

So, for instance, if you are someone who doesn’t really checks how the markets are doing, you can delete the Stocks app from the home screen.

Just long press on the relevant app and click on the cross in the corner. You can always get these apps back from the App Store. Just search for the app that you want to get back and it will look like you are downloading it but it actually will just appear back on your phone.

Calculator Memory: 3D touch the calculator in the Control Center and you can copy the answer of your last calculation.

Camera Shortcuts: The 3D touch options have been stretched to the Camera to bring up specific shoot modes in the Control Center.

Quick Timer Options: Bring up the Control Center and the user can use a harder press to bring up the timer options of 1 minute, 5 minutes, 20 minutes and one hour instantly.

Flashlight Tweaks: The flashlight now comes with low, medium and high brightness options. Just open up the Control Center and 3D touch the flashlight option to get these options.