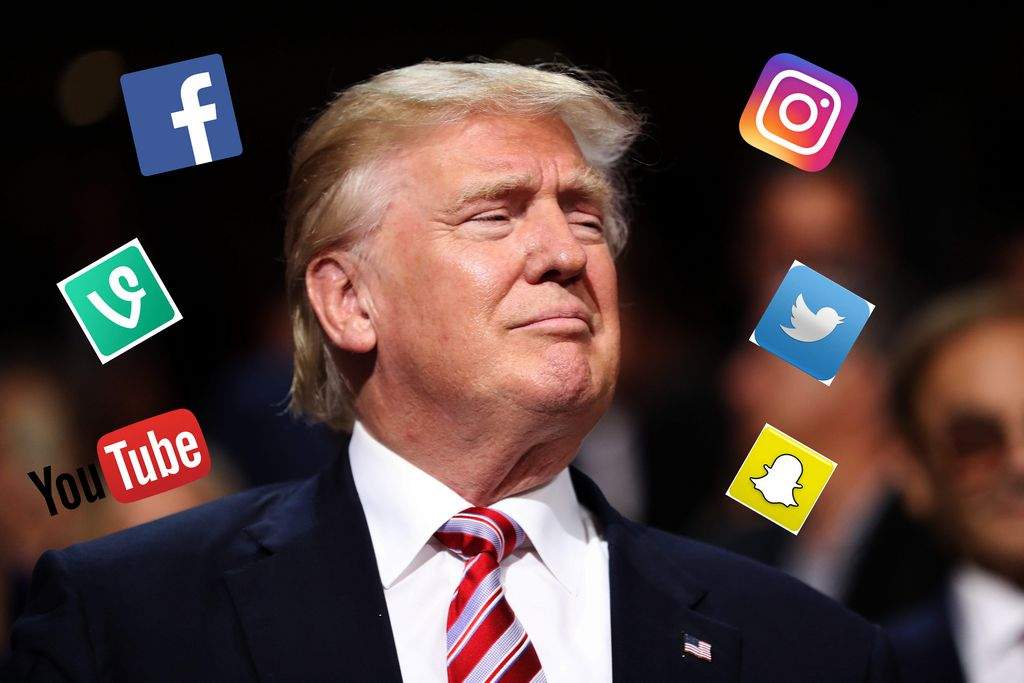 Love him or hate him, Donald J. Trump knows a thing or two about branding. Leading up to his presidential election, he somehow managed to make incredibly cheap-looking red hats, with the words “Make America Great Again” on them, and sell like they’re the latest and greatest technological invention from Apple or a new Nike shoe. In reality, the MAGA hats were as bland as could be, but more than half a million were sold.[1]

But a red hat is not the only thing that Trump has branded with success. One perhaps lesser-known fact is that Trump has spent a significant amount of effort and money to ensure that his own name and reputation be protected as much as digitally possible online. And thus, Trump has been intent on retaining his own brand—himself—as a larger than life figure, even in the midst of a tumultuous political climate where he frequently lambasts his opponents on Twitter and in return faces a rather fiery opposition as well.

How exactly has Trump offered us online reputation management lessons? Most potently, he has accomplished this by his plethora of owned domain names. A study earlier this year recorded that Trump possessed an astounding 3,643 of them.[2] According to Trump’s son, Eric, his father owns “tens of thousands” of domain names, with thousands being added each year.[3] Is this just a waste of money from the billionaire business tycoon? Not at all!

Here’s the thing about Trump’s impressive portfolio of domain names: by purchasing an almost laughable amount of domain names, Trump has beaten his enemies to the punch by acquiring the rights to website names that could potentially be used to malign his character, abilities, and likability. For example, it is not an agenda-driven Democrat whose goal is to take down Trump that owns donaldtrumpsucks.com. It is actually Donald Trump. No, Trump does not suffer from self-hatred. He has done this so as to prevent his political foes from obtaining a clear, concise domain name that could be used as an outlet for Trump-bashing.

Truth be told, most people do not have thousands upon thousands of dollars to spend on domain names to protect their image. But there are some practical points about online reputation management that can be made.

Obviously, there are countless ways that this can take place. If your company runs a website (which it absolutely should in this day and age!), then make sure your customers are brought to a crisp, clean, and readable page. Having choppy, ugly, or simply difficult to read website can instantly turn people away unnecessarily, and therefore, hurting your image. No, most of us don’t operate in a similar context as Donald Trump. Nevertheless, just as Trump looked for preemptive ways to best ensure his image, so also can those of us who run websites. Find your weaknesses and avoid stumbling blocks.

2) Social Media Can Be a Blessing and a Curse

Sure, Donald Trump owns a lot domain names, but he is much better known for his activity on social media, particularly on Twitter. Indeed, news outlets keep a careful eye on the president’s feed, just in case he sends out something deeply provocative or controversial. This has led Michael Barbaro of the New York Times to conclude that Trump “Mastered Twitter for 2016.”[4] In essence, Trump has turned his lone Twitter feed into a news network of sorts, all while casting other networks like CNN, ABC, NBC, and CBS as “Fake News.”

Some may wonder whether or not Trump’s Twitter behavior is ultimately a self-inflicted curse or a powerful blessing to his followers. Not surprisingly, a majority of those polled on the subject of Trump and Twitter believes he uses this social media platform too often and in a negative way. However, a key finding is that while even a majority of Republicans thinks he uses Twitter too much, 41 percent of those in the GOP consider his Twitter usage to be a good thing.[5] This seems to imply that a significant portion of his base approves of Trump’s theatrical approach to Twitter.

None of this is to say that all of Trump’s methods on Twitter ought to be replicated, particularly by those who run organizations and websites. However, Trump’s Twitter techniques do offer an important insight on the value of social media for online reputation management. Undoubtedly, social media can have negative effects upon one’s image. Thanks to the democratization of online review systems and social media comment pages; literally anyone can say anything they want. Although Trump has protected his image with his domain name monopolization, he can’t exactly escape the nature of online criticisms via social media. This can happen to anyone who runs a social media page.

Fortunately, there is also a much more optimistic lesson from Trump’s social media usage. Specifically, we can see the importance of having a committed following, even if that group is only a minor percentage of numerical “followers.” Just because a majority of Republicans are less than thrilled by Trump’s Twitter account, that does not discount the fact that thousands (41%) absolutely love what he does. As many marketing experts will argue, the amount of followers is not what is most important. What really matters is the level of engagement and loyalty. Trump, meanwhile, has a committed fan base (despite also having a committed enemy base as well). A committed fan base, even if it’s not huge, is ultimately much better than a large and lackluster one.

Donald Trump’s social media behavior has been unconventional and does not perfectly translate to suggested proper etiquette for others. Yet, it must be remembered that Trump has found success in online reputation management in at least a couple of ways: (1) his preventative measures of defending his name online (2) the blessings and the curses of having a social media presence. For those interested in preserving a reputable name online, Trump’s examples provide insights on making your online reputation great again.