What Virtual Reality Means To Marketing? 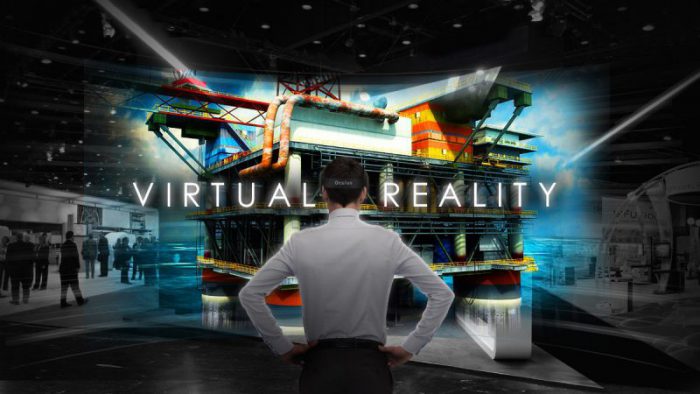 VR Technology has always been a cool and fun idea. We all have seen it in movies and televisions, where the driver consumer thirsts for the level of immersion that leads the characters experience while using it. Finally that fun idea has turned into an actual reality. Since the splash of functional VR has hit, website development companies have been taking a hard look at the virtual reality to see what exactly VR means for marketing. Let’s dive deeper into this subject:

Where VR is today

Virtual reality has progressed from the ‘cute’ technical phase to the ‘interesting-possibilities’ phase, as the technology has made significant advances over the past few years. It all started when Facebook launched the Oculus Rift in 2012, which was then followed by Google’s release of Cardboard in 2014, Samsung’s Gear in 2015 and PlayStation’s VR in 2016 with HTC’s Hive.

At present, there are more than 40 million VR users all around the globe. The Google Cardboard app has been downloaded over 10 million times and there are over 250 VR apps on Google Play. Most of the VR headsets sold are geared to work with mobile devices.

Marketing ad numbers look fantastic at the moment with both install rates from ads and ad success rates with over 1000% of mobile. However, these numbers need to be measured with a grain of salt since the experience is so new, people are more inclined to check everything out as compared to how many people presently tune ads out on mobile devices and computers.

As it stands, VR market is growing at a stupendous speed and has a lot of interest from consumers, including a large segment of Gen Z. From the marketing perspective, VR should look like a freshly wrought field that is just waiting to be sown.

How can marketing fit into VR?

Marketing and virtual reality idyllically will combine in the same way that video content and marketing did. In some ways, VR is a glorified version of that medium. Thus we can draw some parallels on how it can be used.

To be fair, some businesses will not need to worry about VR. For some businesses, the idea of VR will not decode into something useful for their brand because their audience would not want or need to see them in the VR world.

With that being said, here are some ways VR can and should be used to help in marketing products or services:

VR Tours: Businesses that fall under the hospitality genre such as hotels, theme parks, or wineries can all look at VR as a way to give customers the perfect tour to showcase what your business has to offer.

VR Conferences: If you are hosting a live speaking convention, you can now allow other people to enjoy it through virtual reality.

VR Content: Video content is something that is currently being digested by users, who can upgrade to VR content or at least should consider as something to be upgraded.

If you are planning to use VR, the main thing to remember is that you should be aiming to provide a complete experience for a user that is better than how they can currently digest content. That means being more immersed, have the ability to see and explore everything you offer, and have a sound that matches up properly.

You don’t want others to feel like you have provided them some cheap content that is being utilized simply because it is VR. Instead, they should feel the experience is better than what they could find in a two dimensional offering.

Summing Up
The bottom line is that Virtual Reality has gone from the fantasy stage to a reality that is really exciting. Now that the technology is permanently involved with our imagination enough to make this useful, it is a matter of determining the best means to apply the tech to a business situation in a pleasing, impressive manner. How well we can do that eventually will show what VR can mean to marketing.