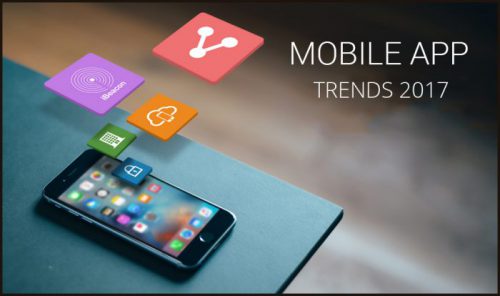 Today, an individual without a smartphone is unknown, and so is the reach of it, that it has ultimately turned it into a new era. In 2016, we observed a fierce clash between Android and iOS raising the admiration of Hybrid applications, and valued endeavors took place to rectify the uncertainties relating to mobile apps. There are zillions of applications out in the market, which can do everything from nursing your health to mapping the stars.

Rolling back to history, all we had were a few Java games, a monthly calendar and a calculator as mobile applications. Every e-business store had its incredible spenders in 2013- 2014 with the United Kingdom, China and Japan took the leads for iOS while the United States and Germany took two top positions for Android.

2022 contemplated as a year of Mobile Applications

Grounded in the trending smartphone era, Gartner recently published a new data that foretells that by the 2022 year end, the total of mobile apps downloads would be over 268 billion times, which would generate a revenue of about $77 billion, hence making mobile applications one of the most accepted computing tools in the world.

Without further uproar, let’s have a look at the mobile application trends we predict for 2022.

The Cloud Is To Stay

In 2015- 2016, an interesting relationship emerged between the cloud and mobile applications. Using the cloud technology, the centrally coordinated applications were delivered to the devices. This trend is going to stay in 2022 too, all because of the various benefits offered by the technology.

The cloud support allows the developers to deal with the bandwidth management and memory issues, thus helping in retaining the small size of the mobile applications. This has also become important with the advent of the wearable gadgets like Samsung Gear and Apple Watch.

Mobile applications and wearables can now easily sync their apps and app extensions, all thanks to the cloud.

This is why many of the forthcoming mobile applications are alleged to be driven by the cloud.

We know that the mobile app development industry is on a rise, and so is the number of security threats related to it. During the World Wide Developers Conference, Apple made an announcement for the incorporation of robust App Transport Security (ATS) for all iOS applications. Not only this, the emphasis on enforcing stronger data encryption on new applications has been illuminated by the Apple developers. While Google is anticipating to keep things snagged by using a much more coarse application permissions model along with automated security updates.

Tempting the crowds isn’t the last step to have your business mobile app flourishing in the market. You have got to find the right people at the right place. Humbly figure them out, employ them, fulfill their needs and finally comfort them. Customers wish to know more to choose precisely. They want to practice unusual feelings.

Our homes are already occupied with smart televisions, smart washing machines, and refrigerators that exchange information with our smartphones. The same theory is emerging for a complete city, giving a rise to the term ‘Smart Cities’. With developing smart cities, India is advancing with the smart technologies. All the futuristic appliances are being engineered with the smart integrations. Thus, IOT applications are going to be an important part of the business strategy for most of the mobile application development companies in India and abroad.

Mobile messaging apps will be rising

Mobile application designs and UX are nevertheless the key factor responsible for the success or failure of the mobile application. Visually pleasing app designs and user-friendly UX attract visitors and engage users. For the best and intuitive user experience, the mobile app should be designed keeping the latest app design trends in mind. The new design trends in 2022 will surely be things like grid-based interface designing, visuals, split-screens, parallax graphics, splash, micro interaction and more.

Location based services and GPS based mobile apps

All through 2016, the location- based services have been largely defined the GPS based mobile applications. Apps like transport booking apps, restaurant booking apps, apps for on-demand services like carpenters, electricians, plumbers (and more) emanated and dominated the market. Hereafter, in 2022, each and every efficacy service is believed to use GPS based mobile applications to target the latent customers.